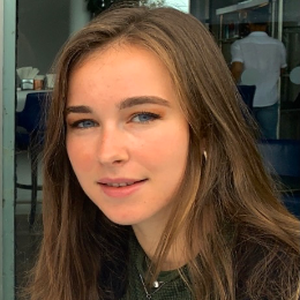 I completed by my fast-track NCTJ with News Associates, and graduated from Durham University with a BA degree in Liberal Arts (English Literature and Philosophy).

I wrote for the four Londoner sites, and worked at Riverside Radio on Riverside Reports.

I previously worked as Assistant Editor of Ski Luxe Magazine of Beau Monde Media, and as the UK and Middle Eastern Correspondent for the Human Perspective.

During the COVD-19 lockdown I turned my art hobby into a commissioning business where each commission received a donation that I sent in full to either Amnesty International or Greenpeace. 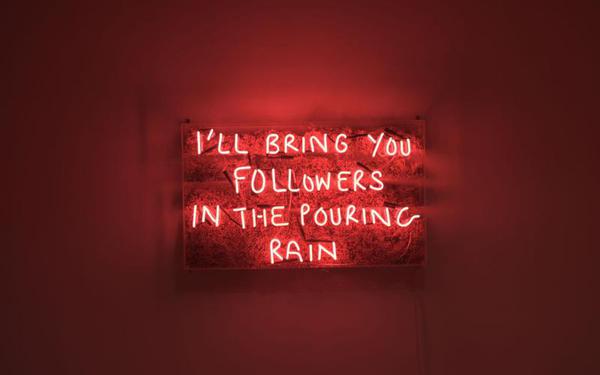 A new contemporary art exhibition is launched today in Spitalfields to promote all forms of love in the lead up to Valentine’s Day. Two contemporary artists, Eve De Haan and Sara Pope are uniting in the exhibition Addicted to Love at Quantus Gallery. The exhibition presents art as a form of communication to explore how technology has influenced our language and how we connect with others. De Haan said: “When I’m creating, I’m always trying to communicate with someone, and speak to them in ord 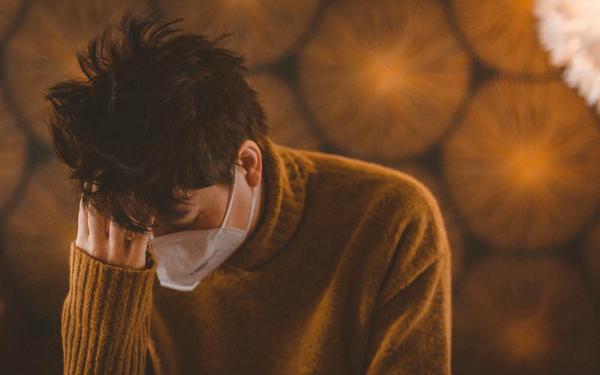 People who have experienced multiple traumatic events are more than five times more likely to develop Long Covid, a study has found. The study on medRxiv found that those having experienced two or more traumatic events in the past were 5.6 times more likely to manifest Long Covid, with childhood trauma indicated as potentially escalating the risk. The European Respiratory Journal found that 42% of patients with acute Covid-19 infection were diagnosed with depression, while 96% had symptoms con 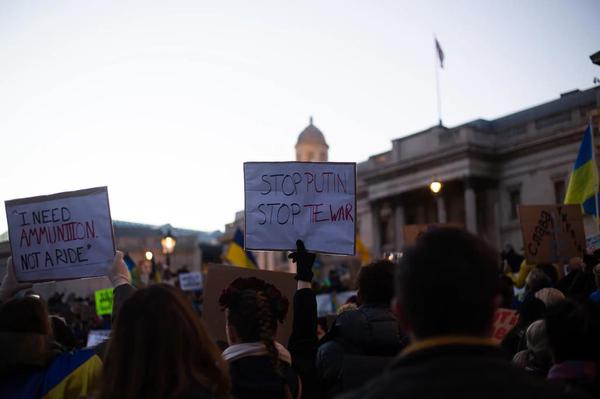 How English lessons have helped displaced Ukrainians staying in the UK

For many of the displaced Ukrainians who had to escape the conflict following Russia’s invasion in February, they spoke little English when they arrived in the UK. This naturally adds to the severe degree of anxiety they endure after leaving their homes behind amid the horrors of war. Since their arrival in the UK, charities and volunteers have been running free English lessons for displaced Ukrainians to help them feel more at home. The impact of this has been undoubtedly positive, significantl 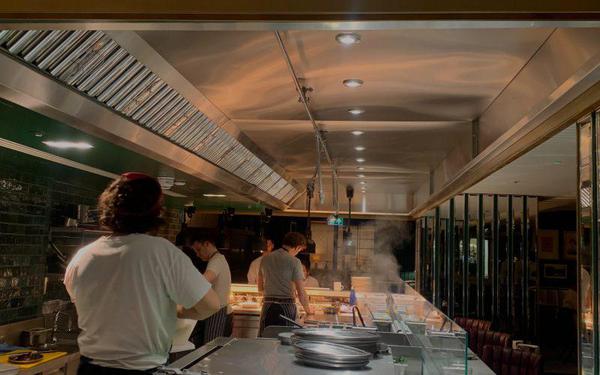 Following its recent opening on Fulham Riverside in November, the Londoners decided to investigate whether the renowned Italian seafood restaurant Maria G’s was worthy of its praise. After sampling a considerable portion of its menu, we deliberated and concluded that it definitely is. The restaurant has all the charisma of the Italian seaside with the sophistication of high-flying London dining, bringing Chef Robin Gill’s nostalgia of working on the shores of Marina del Cantone, Italy to Fulha 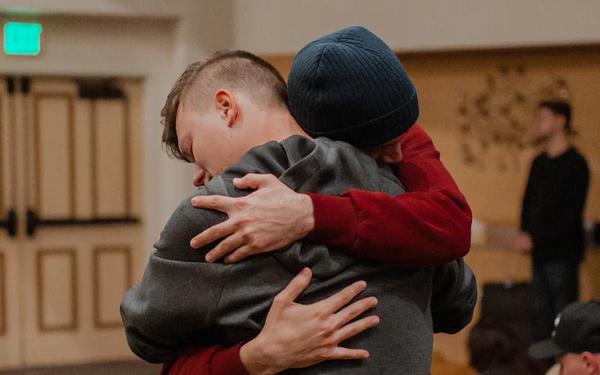 Why conversations on men’s mental health during Movember must continue

As advent calendar doors are opened in tinsel-decked homes, it is important that the festivity of December does not disregard the significance of Movember, the month promoting men’s mental health. Men are subjected to stereotypes that demand them to be ‘breadwinners’ and to ‘man up’ anytime things get tough but with the cost of living crisis amplifying financial insecurity, the conversations about men’s mental health must continue to break down this social stigma. In a global survey by Movembe 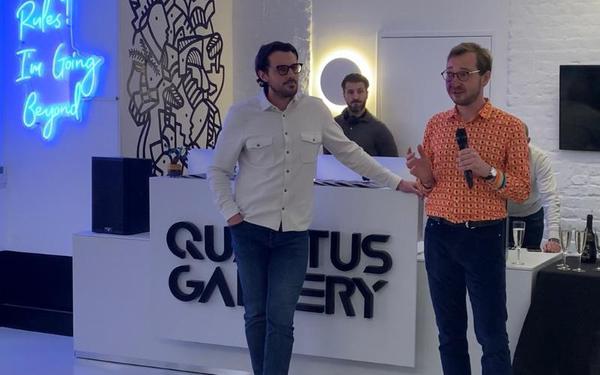 Polish-born artist Radek Husak has launched a new LGBTQ+ celebrating exhibition, providing a timely confrontation to the Qatar World Cup, reminding people to appreciate their bodies and express themselves. Inspired by Andy Warhol, in particular the 1963 Double Elvis series, and the pop-art of 1960s America, Husak forces the viewer to confront the modern taboo that the male body should remain private, through illusions of movement and clashes of colour. In 2019, Husak was selected for Photo Lon 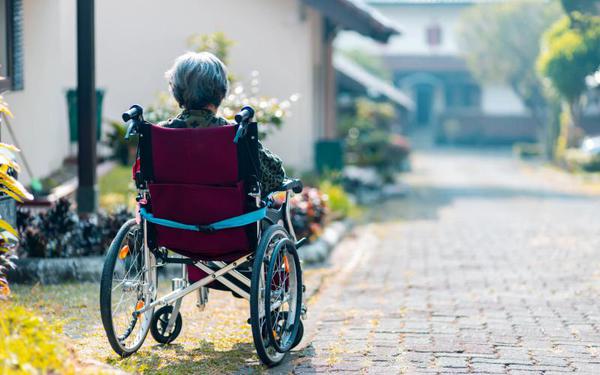 Dementia diagnoses are not a denouement, south London support proves

A ray of hope offers a glimpse of clarity for those shrouded in the darkness of dementia, thanks to support developing in south London. More than 55 million people live with dementia worldwide with nearly 10 million new diagnoses every year, according to the World Health Organisation, and 850,000 of those suffering are in the UK, based on NHS England statistics. The global increase of life expectancy opened the door for dementia to situate itself as one of the most significant health issues fa 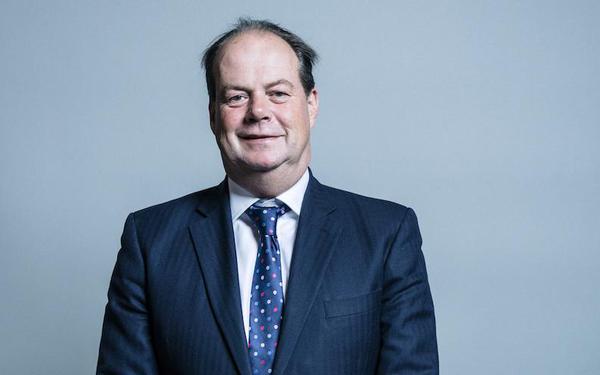 Conservative MP for Wimbledon Stephen Hammond has confirmed he is backing Rishi Sunak to be the next leader of the party and replace Liz Truss as prime minister. In an interview with Riverside Radio’s news editor Stephen Menon today, Hammond explained his options were likely limited to Sunak, Penny Mordaunt and Boris Johnson following Truss’ resignation yesterday. In the last election, Hammond ran the Tom Tugendhat campaign, but after Tugendhat – who is confirmed not to be running – pulled out 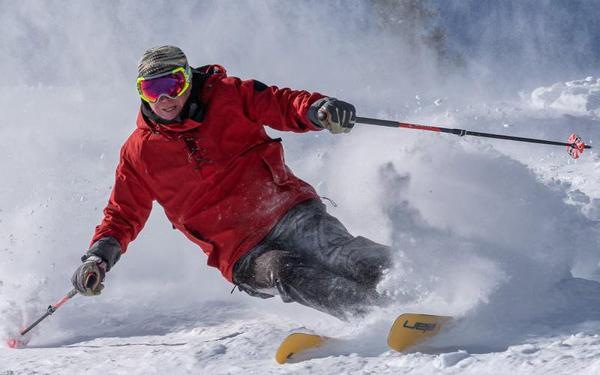 Skier and actor Dan Egan visited Kensington this week to promote his new book 30 Years in a White Haze. Egan has featured in 12 Warren Miller films, produced his own award-winning films that began in his parents’ attic, written three books, and skied with his brother John along geopolitical landmarks of world history, redefining extreme sport and the mindset of skiing. In 1989, he jumped off the Berlin Wall, in 1991 he skied with the Kurds on the Persian Gulf War, on the border of Iraq and Tur 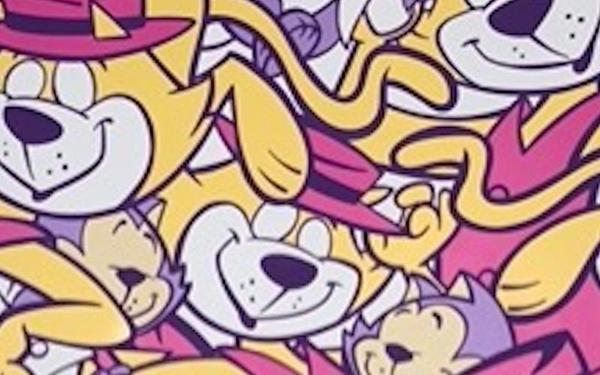 An artist who used to be homeless has turned down a six figure contract with a top London gallery to sustain the healing creativity of his art, instead of working with a financially-focused mindset. Edward Worley, 32, spent years living on the streets after he was kicked out of home while working at his dad’s art gallery. From that moment, his life turned into Groundhog Day, where sheer willpower drove him to find cocaine and alcohol for daily consumption on an endless cycle of insanity. Refl 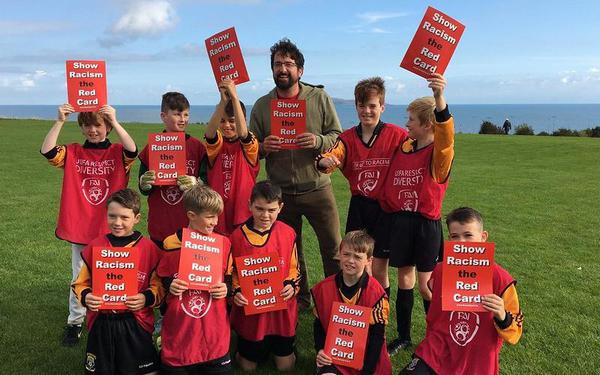 More than a century of pain was inflamed by the banana that lay on Brazil’s football pitch on 27 September, as an act of racism, its bruised skin projecting the wounds of many racially abused football players. The miserable banana was thrown at Richarlison, among other objects, when he scored for Brazil in a match against Tunisia. On seeing this happen, lifetime Spurs supporter Edward Christie said he felt disappointment, not just because it happened to a Tottenham player but because it happen 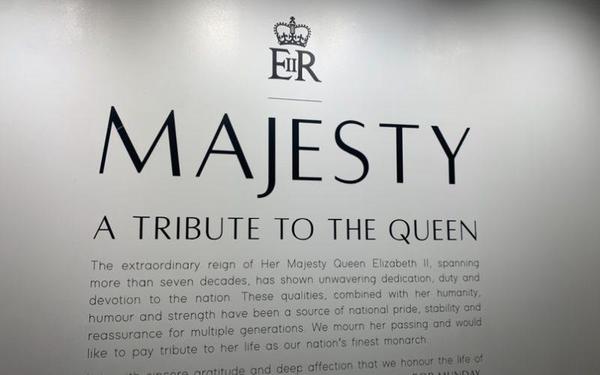 Three royal artists are celebrating their portraits of the Queen at the Quantus Gallery Tribute until 12 October. Quantus Gallery’s exhibition Majesty reveals Rob Munday’s three holographic portraits of the Queen Felicity, Equanimity and In The Blink Of An Eye, and Frances Segelman’s busts of the Duke of Edinburgh, Queen Elizabeth II and King Charles III, and Christian Furr’s Portrait of The Queen and his three Diamond Dust Queen portraits. Furr explained how the artists had met prior to the e 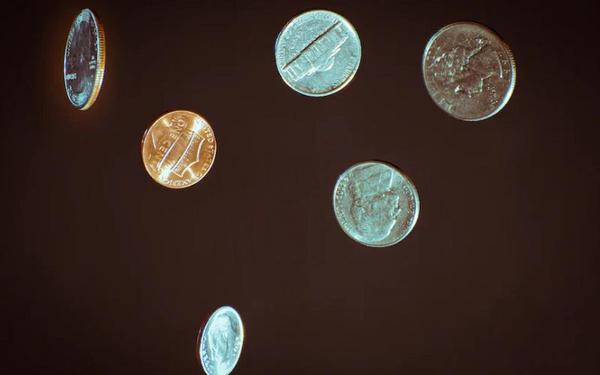 The energy price cap will not provide long term certainty that businesses need to tackle the cost of living crisis, a commerce chief has said. Chief Executive of the London Chamber of Commerce and Industry, Richard Burge, said the new cap, announced on 21 September, is only a short-term fix to the country’s economic situation. The planned cap would cut energy prices for non-domestic energy customers, business and public sector organisations, to protect them from rising energy costs. It came j 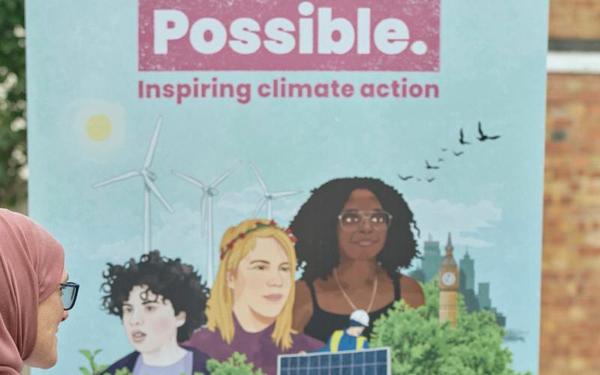 Possible’s 15-metre pop-up parklet by Little Ealing School brought people together for music performances, children’s activities and refreshments on 21 September, as part of their Going Car Free campaign. Possible’s Car Free Cities campaign is based in Bristol, Birmingham, Leeds and London, and the project is about accelerating the shift away from car dependency. Their work involves promoting parklets, like the one on Hereford Road, where people use their parking spaces for other things, like 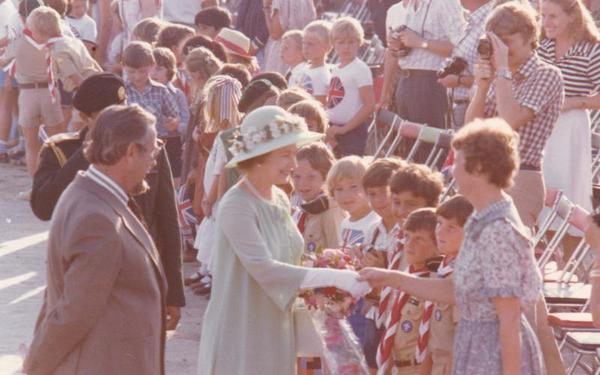 Queen Elizabeth II: a friend to the UAE

Following the sad news of the Queen’s passing on September 8, the UK has made it clear how important the Queen was to everyone. Even in death, she has brought people together from all over the country, and all over the world. Her importance to the UAE has been highlighted following UAE Ambassador Mansoor Abulhoul’s statement in National News, where he said that the Queen was ‘the very best of British identity and character’, meaning that he and many others ‘felt a deep sense of affection towar 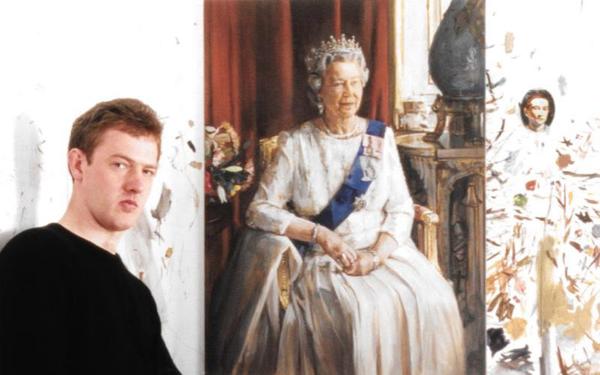 Her Majesty the Queen: a portrait of delicious humour

Christian Furr, the youngest artist to have painted the Queen’s portrait, reveals that underneath all the formality, the Queen was full of liveliness, ‘delicious’ humour, and quick wit. Christian, 55, was commissioned to paint Queen Elizabeth II’s portrait in 1995 when he was 28. He was living with his girlfriend, now wife, Emma in a shop above a restaurant in Surbiton. Robert Newell, the Director General of the Royal Over Seas League called him and asked: “Are you sitting down?” before telli 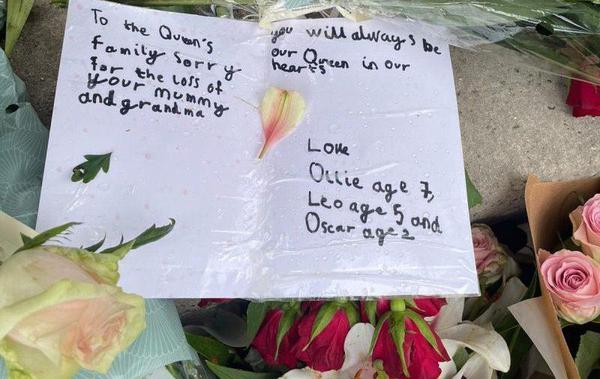 A day of loss outside Buckingham Palace

Yesterday, Buckingham Palace was ringing with silence, as the half-mast flag swayed under the drizzling rain. Those paying their respects stared at the palace, unable to walk away, unsure of what to do. They were completely lost. Throughout the day, there was a constant influx of people leaving flowers, cards, candles and more to express how much Her Majesty Queen Elizabeth II meant to the country and the world. Some who had arrived in the morning still remained at the palace in the early hou 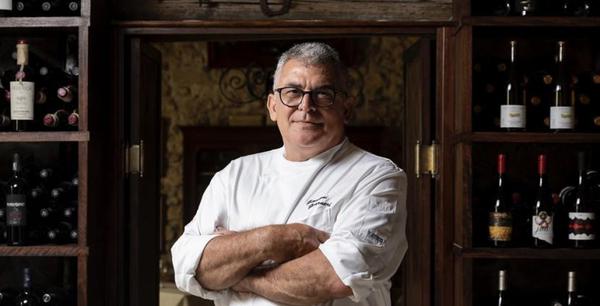 After visiting the ancient landmarks and cerulean swim-spots of Ortega Island, you may wonder what is left to experience when on holiday in Syracuse, Sicily. Walking along the shores of the turquoise-coloured ocean, the scent of sea salt lingers in the air. You will undoubtedly be enticed into diving into Syracuse’s local seafood. The place you’ll want to go to satiate this appetizing temptation is the Michelin star Ristorante Don Camillo. Ristorante Don Camillo focuses on the roots of its cuis 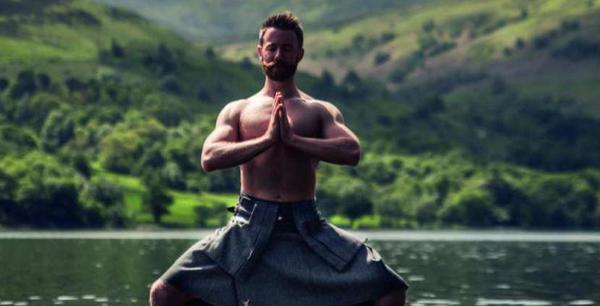 There is something magical about being able to enjoy the luxury of a 5-star hotel as if it were your own home. Surrounded in lavish décor, being treated like royalty while relaxed enough to sit back in an armchair, feet up, with a morning paper without a worry in the world. This is exactly what you’ll find in Scotland’s Turin Castle. To find out more about the experience, Beau Monde Traveler interviewed the castle’s leading lady, Yvonne Corbett. In the middle of beautiful Scottish countryside, 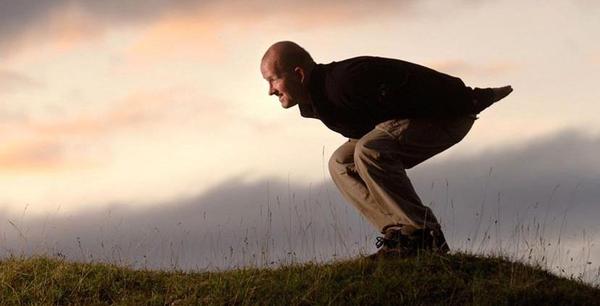 Eddie The Eagle: A British Olympian and Ski Icon

Many look at Olympic athletes and feel that they could never be like them. To be an Olympic athlete one has to go above and beyond what the human body is capable of, placing them on an unattainable pedestal to ordinary people like ourselves. However, Michael Edwards, ‘Eddie the Eagle’ proved this wrong. Despite breaking many bones, including fracturing his skull twice, and self-funding his entire training, Eddie’s ability to overcome challenges, his relentless motivation and ceaseless spirit saw
Load More
Close ✕